Today’s post is a guest post from Steve Palley, CEO and co-founder of ApplyMap, a new website that helps high school students decide where to apply to college. He is also an academic and educator at UCLA.

Although most professionals working in the space would never describe it this way, I think that college admissions is the world’s most important numbers game. By and large, admissions officers truly care about the students they evaluate, and if they had unlimited resources they would get to know every applicant personally.

But the bottom line is that admissions offices are bureaucracies that have to process huge amounts of data quickly, reliably, and consistently. That means boiling real people down to a set of numbers.

As a statistician who studies the college admissions process, parents are always asking me how this works. How is it possible to take a complex, multifaceted young person and summarize them so decisively? It all starts with two numbers in particular, high school GPA and standardized test scores–the “hard factors” in a student’s application.

Why are grades and test scores called “hard factors”? One common explanation is that they are somehow more objective than the other parts of the application simply because they’re numerical. But that’s not really true, because context is everything. If you think about it, no two 4.0 GPAs or 2150 SATs are really the same, either within or between schools. They are themselves composite measurements of many different factors.

Furthermore, the “soft factors”–essays, extracurriculars, recommendations, and so on–get numbers too, applicants just don’t know what they are. For instance, admissions officers usually sort personal statements into scored categories based on a rubric, just like SAT essay readers do. The difference is that in the latter case, we know that roughly 1 out of 20 SAT-takers will receive a 780 or greater on the Writing section of the exam. The numbers for the soft factors are every bit as real, but they are hidden behind the walls of the admissions office.

Another difference between “hard” and “soft” factors has to do with the relative importance of each to the admissions decision. Admissions data from the 1600 schools in our database tell us that hard and soft factors weigh about equally into any individual admissions decision in 2014, with a slight edge going to hard factors overall.

But a closer look reveals more complex patterns. Hard factors start to lose their meaning as we move from lower-ranked to higher-ranked schools, because of the self-selecting nature of the students applying to top schools. So many of them have perfect grades and great test scores that the only way to really distinguish one from another is to do a deep dive into the soft factors. There’s a reason why application fees at the top schools have been increasing so rapidly in recent years!

A similar principle comes into play at schools that get enormous numbers of applicants, whether they are prestigious or not. In these cases, the hard factors often are used in a first pass across tens thousands of applicants in order to winnow the pool down to a more manageable number. Once the applicant pool is small enough, the more labor-intensive soft factors can come into play.

The opposite can also be true. In some cases, if a student’s hard factors are good enough, soft factors don’t matter at all. For example, the University of Texas automatically accepts the top 10% of that state’s high school students by class rank, and admission to most California State Universities is governed by a computer program called the eligibility index.

Most parents don’t like the idea of their teens being quantified by admissions professionals because numbers will never be able to capture the full reality of who they are as a person. But I think that admissions offices generally do a good job of making tough decisions based on limited information. With that in mind, the best thing to do as a parent is to embrace the uncertainty of the process as much as you can. Make sure your son or daughter is applying to a balanced list of 8-12 schools, and also be sure to remind them–and yourself!–to relax, joke, and smile. A sense of humor goes a long way during college season.

This looks like he has a great analysis of the how and why of the college selection process. I’ll check out the website – thanks for pointing us in that direction! 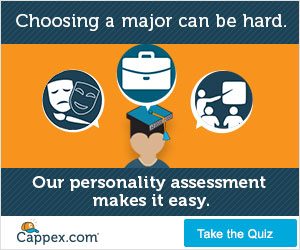 How COVID-19 disrupts the college search for the high school class of 2021 is only partially understood at this point. There is a lot of speculation, based on what is happening with college admissions for Read more…